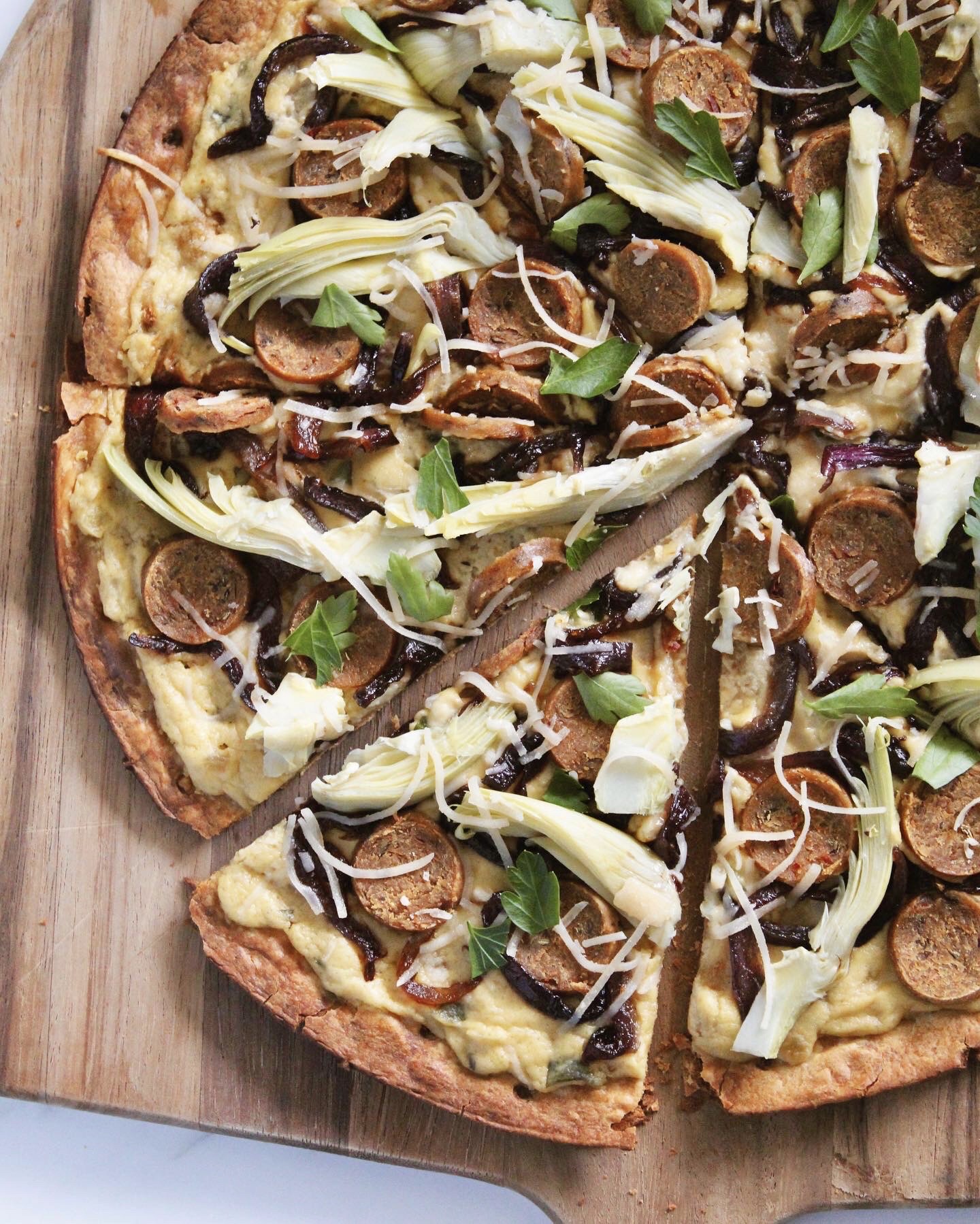 So, I have a story from my middle school days that involves white pizza (the salt and ice burn challenge makes an appearance), but I’ll refrain from writing that novelesque recipe intro. Anyways, I used to order white pizza at my local pizza & deli all the time growing up. I still haven’t found a vegan white pizza out in the wild, but who cares – now I make my own!

I know I titled this “pizza sauce” but this creamy white garlic sauce is delicious on pasta as well!

Now that I’ve repeated the word pizza so many times that it sounds like an alien language (the phenomenon is actually called semantic satiation), here’s the recipe:

This recipe makes lots of sauce, so you might want to halve the recipe if you aren’t making multiple pizzas. The leftover sauce is amazing with pasta!

Cara cara oranges are back in season! 🍊 Give em a squeeze and make these Cara Cara Kombucha Cocktails. Leave out the vodka for a refreshingly fizzy mocktail.
A year ago today we packed up our car and our kitties, then we drove from Savannah to Indiana to move to a city we’d never heard of with only a month’s notice 🙃
Turned 27, made some bread, & went for a brisk little hike today 🥖🌲
Just egg benny with cashew hollandaise getting me through chilly December mornings ❄️
POV: you’re trying to do literally anything but you have a cat ⠀⠀⠀⠀⠀⠀⠀⠀⠀⠀⠀⠀
Rediscovering how good bagels are every year like it’s my job 🥯