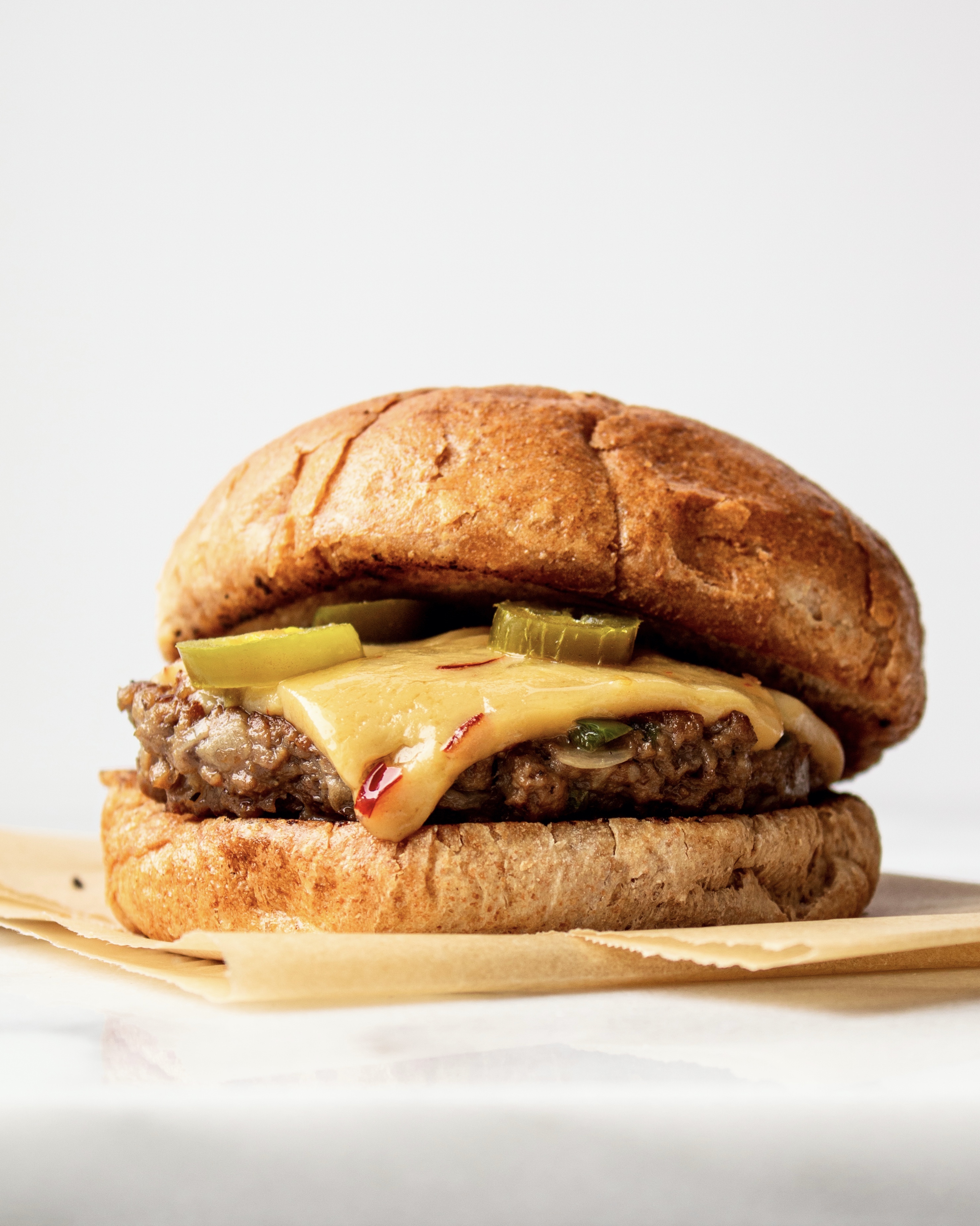 Here’s how I level up a package of vegan ground beef! Jalapeño, garlic, onion, vegan Worcestershire sauce, and lots of fresh ground pepper make these juicy plant-based burgers. I opted to melt some vegan pepper jack over top and toss on some pickled jalapeños, but you can top however you see fit.

PS: These freeze well, so we like making a large batch to thaw out whenever we’re craving burgers.

PPS: I got this vegan pepper jack nice and melty with the help of a mini melting dome, which is a game changer!

I’ve topped the burgers in the photos with melty vegan pepper jack (Miyoko’s) and pickled jalapeños. Some of my other favorite topping combos for these patties are:

These juicy, vegan burgers make a delicious companion to roasted veggies, homemade fries, and a number of salads. Some of my favorite salads to serve with them are:

Or this Lemony Chickpea and Cucumber Salad with Dill